After briefly looking over my bank documents, he pushed across the desk and said, “There will be no investigation.”

Like mob Godfather, he glared at me and said, “We protect the banks rights–NOT YOURS!”

As I took notes from this pig, he asked, “What are you writing down?”

I said, “What you said, ‘We protect the bank’s rights not mine.'”

He glared even more at me across the small desk and said, “If I ever see that (in your newspaper) in writing, I’m not going to be very happy!”

I gathered my 3-ring binders of bank records and left.

I wrote two articles in The Rock River Times exposing their court fraud and filled a Motion To Vacate the Order. The next future Mayor (2005) Larry J. Morrissey (my former “friend”) offered to take my case and 3 years later, withheld my bank records and 25-years of documentation for trial, proving I WAS THE ONLY INVESTOR.

The Circuit Clerk Marc Gasparini did not record the court-fraud date (Sept. 5th, 2002) in the Docket Record until after I exposed them in my weekly paper and reigned a month later, whose father “Don” was sheriff in Aug, 23, 1987, when the Clintons allegedly ordered the murder of Don Henry and Kevin Ives, in what The Wall Street Journal referred to as “The Most Famous Murder Mystery In America,” by Columnist Micah Morrison.

My one week research trip to in Little Rock trip to Arkansas was funded by Pat Matriciana, producer of the now-famous documentary, “The Clinton Chronicles.”

The day after the Benton Courier column appeared–William Jefferson Clinton was re-elected President of the United States.

Doc Washburn with Billy Jack Haynes, Implicates Clintons in Murder of the Boys on the Tracks

At 104 min., Mormon “Apostle” Dallin Oaks is named by a victim of Satanic Ritual Abuse in the Mormon Temples–Rape and child sacrifice.

They got me for $500K for exposing their Mormon Mafia cocaine-child trafficking partners of the City of Rockford (Mayors & City Attorneys, road bonds drug launderers).

They invite single mothers to their Mormon sex clubs which is a gateway to the children.

This is the 5th VICTIM WITNESS of Oaks Satanism.

Oaks was a Chicago Daley Machine Prosecutor during the time the Mormon Mafia introduced heroin to Chicago, 1959, with the Vatican Bank pedophiles.

As University of Chicago Professor of TRUSTS, Oaks authored the Federal laws of “search & seizure” of property in the false FBI-CIA “drug war.”

If Pres. Trump is on the level, they will be rounded up for military tribunals for Treason and the aforementioned accused crimes against Humanity.

Since their agents have threatened to kill me for years, I have no choice but to expose them. (See Ephesians 5:11.)Iran-Contra drug money launderers. (See LA Times and Veteran’s Today.). 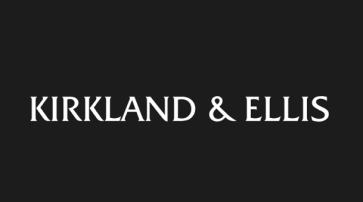 See my YouTube and Bitchute channels “Jon Bystrom” for details and 40-year chronology targeting me and others.

“This is a MUST READ…Have been following the Jonathan Bystrom case for over a year now, which exposes the misdeeds of LDS Apostle Dallin H. Oaks, his links to the CIA (where the Mormon Mafia has taken root, along with the FBI and several law enforcement agencies around the country (and even world)…wherever its temples are located (where the secret treasonous oath is administered, requiring strict allegiance to the LDS-Mormon Church.”

Seek and we shall find!

Tired of false promises of investigations and indictments?

I’m 40-years tired of it! As always, I’ll find out what is real and what is false, FOR MYSELF!

Is Utah U.S. Attorney General John Huber going to investigate pedophile drug traffickers in the Mormon-Church leadership or part of the Mormon Mafia NWO banking cartel to do as they secretly plot–“To Rule The World?”

If you know Mormon leaders who are alleged pedophiles, Satanic Ritual Abusers or CIA drug traffickers, email me.

I’m tired of waiting for “indictments” that are allegedly forthcoming. I’m going to push the envelope.

I will find out and let you know!

In an attempt to contact Utah U.S. Attorney John Huber, this is the only electronic contact info.

From ‘Spook Air’ to the ‘Lolita Express-: The Genesis and Evolution of the Jeffrey Epstein-Bill Clinton Relationship

Far from being the work of a single political party, intelligence agency or country, the power structure revealed by the network connected to Epstein is nothing less than a criminal enterprise that is willing to use and abuse children in the pursuit of ever more power, wealth and control.

NEWS September 2, 2019
Did a Drone Spot Jeffrey Epstein Alive on His Island?

Mason Mohon | @mohonofficial
After about a week of questioning the official story of Jeffrey Epstein’s final moments, Americans faithfully moved on to far less important stories. The Epstein case has fallen into the abyss of old news and only resurfaces to confirm the mainstream narratives that, yes, the guards fell asleep, the camera footage outside the cell is completely unusable, and Epstein signed a will only two days before his death. Yet recent drone footage of the Epstein’s island in the U.S. Virgin Islands is leading some to believes that Epstein may still be alive.

In the past week, an anonymous person who goes by the name Rusty Shackleford has posted many images and videos of Epstein’s private island, Little St. James, to Google Drive and YouTube. The videos show Epstein’s sprawling property in full and ongoing activity from people on the island.

Please make a donation: https://www.paypal.me/JonthanBystrom Please send prayers and donations the old fashioned way to: Jonathan Bystrom P.O. Box 1951 Rockford, Illinois 611110 I am shadowbanned on YouTube, GoFundMe, Patreon and FaceBook. I've been a journalist, developer, editor, photojournalist, missionary, peace delegate, screenwriter, political activist, and Free Speech danger to the criminals running my community. I was targeted by the "pillars of the community" and altered my plans in defense. View all posts by jonbystrom@Yahoo.com